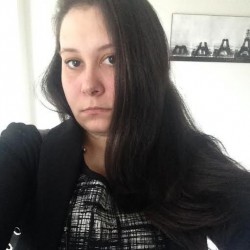 Silk & Serif a book blog developed by Debbie. We are dedicated to reviews, the book community and all things "bookish"! The main focus of the blog being Fantasy, Science Fiction, Romance and YA novels.

The Worst of Times: How Life on Earth Survived Eighty Million Years of Extinction
Paul B. Wignall

Smoke on the Water (Sisters of the Craft)
Lori Handeland

The Emperor of All Maladies: A Biography of Cancer
Siddhartha Mukherjee 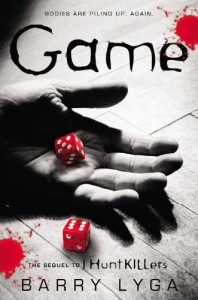 Received via Netgalley from Little, Brown Books for Young Readers in exchange for an honest review.

Jazz, Howie and Connie are back in the squeal to I Hunt Killers. There’s a serial killer running amok in the Big Apple and Jazz has been requested to help out the NYPD. The Hat-Dog Killer has been terrorizing the city, and a little help from the son of the most notorious serial killer might just be the remedy.
The novel was just as much of a page turner as the first; regardless it felt like the story might have dragged near the middle. Jazz has to help the NYPD catch the Hat-Dog killer, but unfortunately the amount of time Jazz spends altering his profile of his father to fit the Hat Dog killer seemed misplaced. Not all serial killers are alike, and not all profiles start from a base serial killer (I did some research into Profiling when I was in Criminology). If I were a high ranking NYPD officer, I would have sent Jazz home immediately because profiling a man who raised you is very different from profiling someone you’ve never met. Jazz is an expert on his father, not all serial killers and to attempt to spread this over to another (unrelated) case is just ridiculous.
To top off the negative aspects of this novel, I can’t see the NYPD asking the advice of a child – regardless of their upbringing. The world just doesn’t work that way. There is a hierarchy, and inserting Jazz into the top echelons of a murder investigation just doesn’t jibe. Not only that but the lack of media attention on the clear desperation and inappropriateness of bringing a minor in on a case, really didn’t sit well with me – regardless if this is YA fiction.
I loved the book, and once I stopped second guessing the reality of the situation, the novel was decent. I just can’t move on from the minor hierarchical issues and the misconceptions the author has on minors in a police investigation. If Jazz is really this big of a rarity that he needs to be called in on cases that adults should be working on (and isn’t in the least bit tied to his father, which is a completely different problem concerning interests) then Jazz’s current circumstances with his nutty grandmother should have been taken care of by now.
This book is worth the read if you like YA fiction, crime fiction or mysteries –but unlike the first it just didn’t hit the spot. Regardless, I am looking forward to the next addition to the Jasper Dent series, what happens to Jazz with this latest cliff hanger?!